Tesla against the rest of the world

Like every quarter, the results are inflated by the sale of carbon credits. Without these and without the capital gain on the sale of bitcoins, Tesla lost $25 million at the operating level.

The question surrounding Tesla remains the same: does it make sense that this manufacturer is valued two times the whole European automotive sector which includes the world’s largest manufacturers (Volkswagen, Daimler, BMW, Stellantis and Renault)? 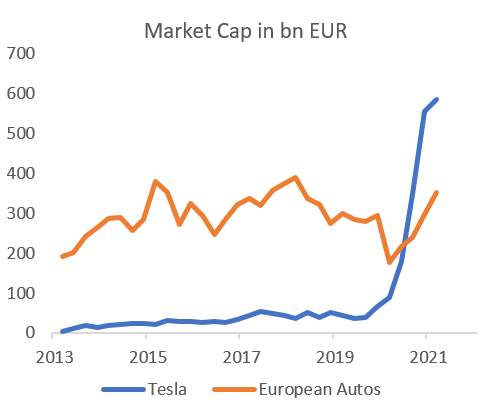 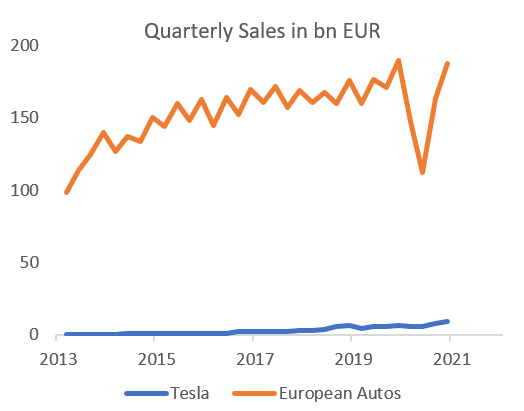 Tesla benefits from an exceptional valuation premium. Some analysts consider Tesla as a pure player in the electric vehicle industry, making it a growth company. Having been well ahead of its competitors, some have mentioned a leader’s premium on the idea of “the winner takes all”. Yet the reality is the following: 1) Tesla has been the leader in the electric vehicle market but is expected to lose its number 1 position as early as this year, and 2) Tesla has been losing market share for a year, since European manufacturers’ vehicles are available for sale.

These facts do not appear to affect the status of the American company. Is it sustainable? 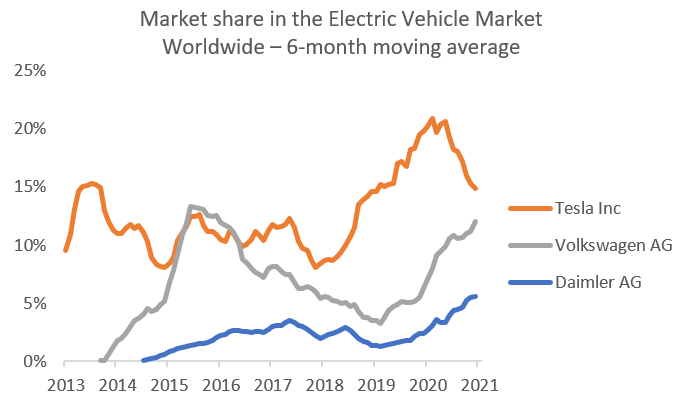